Warning: "continue" targeting switch is equivalent to "break". Did you mean to use "continue 2"? in /home/empamal4/public_html/wp-content/plugins/seo-ultimate/modules/class.su-module.php on line 1195
 That Leather Jacket is More Than Just a Fashion Trend 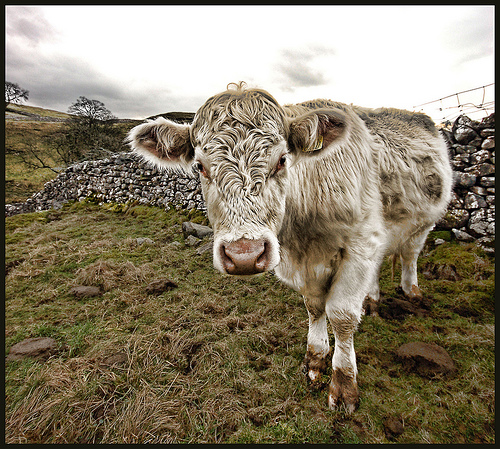 That Leather Jacket is More Than Just a Fashion Trend

That leather jacket is more than just a fashion trend, it is the support and evidence of murder. Leather is something that is pretty common in many people’s lives: shoes, jackets, the seats of cars, belts, wallets, purses, lap top cases, phone cases, couches… But where most people lack understanding is just how leather is made because they simply don’t make the connection or as themselves: what is leather? Or where does leather come from?
Well, leather is simply the tanned skin hide of an animal, commonly fromcows, but the list doesn’t quite stop there as you’d expect. For example, “other animals used to make leather include horses, sheep, lambs, goats and pigs who are raised and slaughtered for meat, as well as kangaroos, elephants, and sharks who are hunted specifically for their skins.” But, let’s not forget alligators, crocodiles, or snakes. Honestly, it’s quite disturbing how some people can just ignorantly pass over these details, thinking leather is a fabric of some sort. It may be silly, but in fact, it happens.
Many people aren’t concerned about what they are wearing. Because so many of us are use to fabrics such as cotton, linen, polyester, etc., we tend to put animal hides in the back of our minds. This is where the misinterpretation lies.When a consumer purchases a product made of leather, whether is be from a cow, sheep, horse, cat, or dog, many are completely unaware what they are even supporting. These people are not only supporting the leather industry themselves, with in that, is just down right brutal, but the meat industry, and obviously the continuous act of slaughtering animals.
Whether you are a speciesist and favor one animal over the next, it doesn’t matter. Any animal who is used for leather, which is a vast majority, is affected. Although the United States is not only to blame for this problem, “much of the leather purchased in the U.S. is imported from India and China, where conditions for animals are particularly cruel and the cows are so malnourished that they yield little if any meat. Old and sick cows are often forced to march long distances, then crammed tightly into illegal transport trucks that take them to the slaughterhouse. Upon arrival, handlers beat and torture weak and injured cows to force them to walk to the killing floor, then slit their throats while they are still fully conscious.” Clearly, the process is not something one would ever want to witness, just as the meat industry. But while buying leather, this cruelty towards all animals is exactly what you are supporting: murder.


Those who support the meat industry could argue that the process is not even that cruel. What? Not that cruel, huh? Well, this flawed logic is indefinitely coming from a person who supports the meat industry and their sick acts of murder, so I do see where that person is coming from. Just because you eat meat and wear the carcass, doesn’t mean you are not wasting the animal. Think about it! Are you not already wasting away their lives in the first place?But, with that being said, these people are blind to see the horrifying truth that these defenseless animals have no say in taking.Also, many people are caught up in the idea that fur is wrong but leather is not. Seriously? What makes fur any different from leather? The answer is simple, nothing, because they are both cruel acts of mutilation towards animals.
In the end, sometimes it comes down to appearance that drags people away from fur, simply because these animals are what you would call “cute” and “cuddly,” while many people miscorrelate farm animals from being so.Like we all have heard several times, whether it’s in finding a partner, a good price, or a health food, looks don’t always matter and sometimes it’s hard for people to set those physical connections behind to face reality and get to what they really search for.It’s not about the looks; whether it’s the animal you are judging or how “cool” you think your leather jacket looks. What matters is that you made the right decision to benefit you and others, and by not wearing leather, you are doing just that.
That’s what it’s truly all about, because in the end, the core of the question comes within the Earth. Will the Earth even be here after we continue to distribute cruelty amongst those who we see as unimportant, unbeautiful, or meaningless? How much negativity, speciesism, domination, and acts of murder can our planet take before it’s simply too late? It’s never too late to make the right choice for animals, because, honestly, they desperately need all the help they can get. Whether it’s from meat, fur, leather, or wool,  they are all equally as cruel, leading to bias opinions of those who refuse to see beyond their needs and not the needs of others: life.So stop investing your money into a cruel product that could be easily replaced with pleather/faux leather, so a cheaper, more compassionate choice. In fact, many clothing lines have these options available. Although you may not be getting those leather seats or leather pants, the money, effort to maintain, and lives spared is well worth it.*Need help finding non-leather products? Check out Tom Bihn, Matt & Natt, Pangea, & Moo Shoes for starters.

Still not persuaded that these animals face extremely horrific death just for consumer products when there are alternatives? Watch below & bare your eyes. Warning, this is graphic and may cause extreme discomfort, especially to young audiences.