Warning: "continue" targeting switch is equivalent to "break". Did you mean to use "continue 2"? in /home/empamal4/public_html/wp-content/plugins/seo-ultimate/modules/class.su-module.php on line 1195
 Chipotle’s Sofritos And Why They’re Ahead of the Game 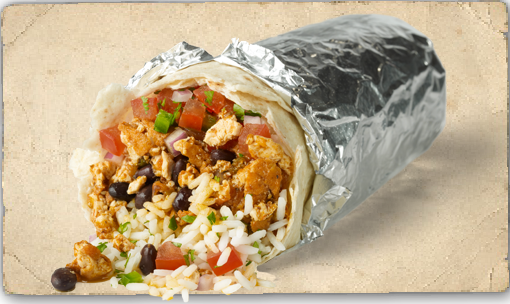 Chipotle’s Sofritos And Why They’re Ahead of the Game 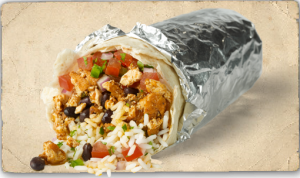 Chipotle has always been one step ahead when it comes to convenient, healthy, and vegan Mexican food. With avocado not charged for the vegetarian options, what do you have to lose? From kicking hot salsas to crisp lettuce and perfectly cooked beans, Chipotle has been great from the start. But what makes Chipotle even better is that they understand how these animals are treated in factory farms, and provides not only vegetarian options, but vegan options, as well.

Adding Sofritas, an organic spicy tofu filling, to the menu was definitely a great choice. This not only encourages non-vegans to go meat-free, but allows vegans to keep a piece of mind. And also attract a wide range of customers by giving various options. We all love options, don’t we? Basically, this is a win win; for us and the animals.

Of course it’s not as complete of a win as it would be if Chipotle didn’t serve meat at all; but let’s not get carried away. Change is on it’s way. lows vegans to keep a piece of mind. And also attract a wide range of customers by giving various options. We all love options, don’t we? Basically, this is a win win; for us and the animals.ow these animals are treated in factory farms, and provides not only vegetarian options, but vegan options, as well.

Yes, rushing is inevitable but there comes a point in time where people can only hide from the truth from so long until they get curious of what’s on the other side – of what other options and possibilities are at their reach. Sometimes all one can does is hope. So don’t lose hope.

But what will cause people to change themselves or to change the lives of others? I’m just glad Chipotle has brought a possibility forward. They prove eating vegan doesn’t have to be expensive, or unfamiliar. Foods people already love, veganized in a way to grab attention and curiosity. It only makes sense!

Can you imagine if every restaurant like Chipotle just adapted one vegan entree and advertised it like Chipotle has done? Surely vegan options are already available but they don’t have that extra attraction that people need in order to consider it another choice from other than what they’re familiar with.

Just like tradition, the foods we eat contribute to a role we play, not only in society, but in the world as a whole. Chipotle opened the eyes of the public by taking a spin on animal “processing” and turning it into a more cartoon form, which puts the public in a twist. They’re almost forced to consider their position. It’s genius! You can view it here.

Though Chipotle has adapted what they call “100% naturally raised” instead of animals in factory farms, non GMOs, and organic tofu, it changes the picture, but not enough. If we just stop and act like this is enough, we silence our voices. And that’s what they need most.

It’s not enough. Your voice may seem insignificant but it’s so much more. It’s one of the only things that separates us realistically. Use it to your advantage, because when the hope dwindles and fades into a never ending abyss, it will remain in a never ending abyss. If we kill the only hope we have, the only change we have, how can we say there is any at all?

Yet, to look at food industries as a whole and see the courtesy and reach for compassion that Chipotle has done in comparison, is there room to complain? Well yes, because it’s not enough but what will be? When one life is never chosen over another.

We need to step back as a society in whole and realize the problems we have involuntary put upon other species. Purposeful or not, the damage has been done, till this day it continues.

Maybe when all our hearts turn cold, we will realize as a whole what we have done. I just hope it won’t be too late.

Support what you love, not only for what they sell, but what they do. By doing so, you are only encouraging change instead of defeating it. So why not support Chipotle on their open arms towards veganism and step down from cruelty?

They may not be doing everything, but they’re doing something and it’s definitely in the right direction so I applaud them for that! Congrats Chipotle!

*Their pinto beans are USUALLY now vegan and no longer cooked in bacon! To be sure, ASK!